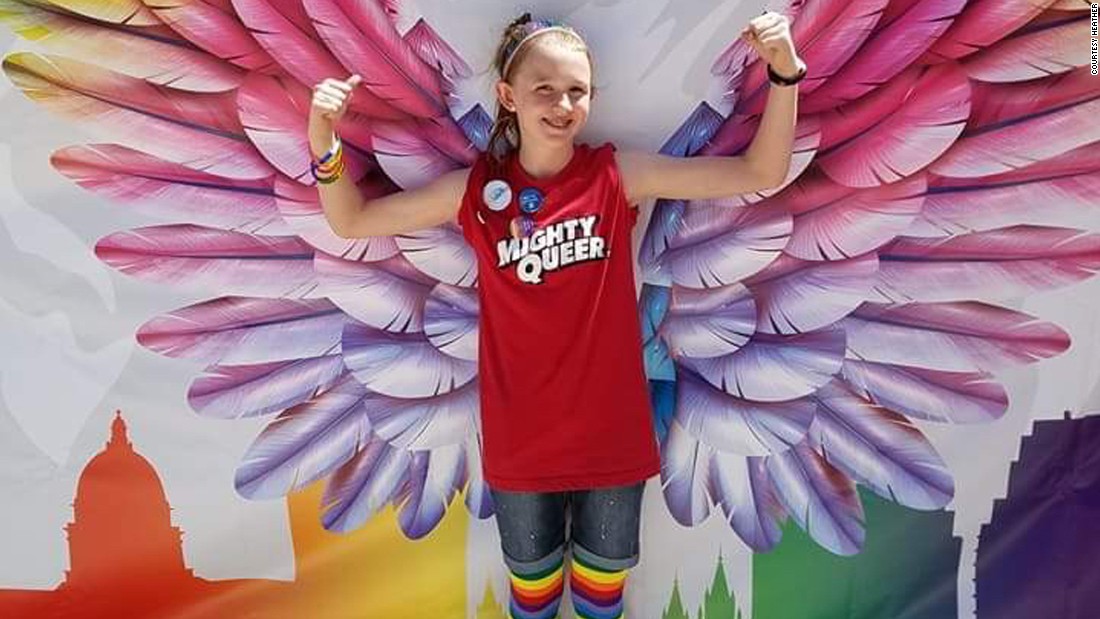 (CNN)Savannah, 12, made a decision this January; she was going to come out as lesbian at her Mormon Church. Nothing was going to stop her.

On June 22, 2016, one day after her birthday, Savannah came out to her parents as lesbian.
Mom had suspicions and knew that day might come.
“I looked at her and said, ‘OK, I love you. And I’ll support you no matter what you do,'” said Heather, her mother.
The family felt strongly that they didn’t have the right to prevent Savannah from telling her story publicly, including sharing it with CNN, but asked that their hometown and last names be withheld to give them a measure of privacy.
After coming out to her parents, Savannah began the process of coming out to her friends and extended family.
Six months later, she felt a calling.
“I had a feeling like I should come out to the church,” Savannah said shyly. “I came out to all of my family and I just wanted to do something more.”
Both her parents were taken aback by their daughter’s desire to come out in front of her church.
“I was mostly nervous for her and where this would take her as a 12-year-old girl,” said Josh, her father. Josh and Savannah are still members of The Church of Jesus Christ of Latter-day Saints, the official name of the church.
Heather left the church a year and a half ago after official church policy documents were leaked online in 2015.
Those documents, confirmed by the church to CNN to be authentic, apostatize same-sex couples who marry and bar any of their children from blessings or baptism until they themselves reach legal age. They remain church policy.
Official church policy welcomes members of the Mormon faith that have same-sex attractions. They say it’s possible to be “Mormon and gay.“
Church teaching, however, mandates that members with same-sex attractions cannot act on those feelings. They must remain celibate and they cannot get married to members of the same sex.
“It resonated in my heart that it felt wrong,” said Heather, speaking about those policies. Her “inklings” about Savannah’s sexuality kept running through her mind.
The family gathered, walking Savannah through the good and the bad that could come from her speech. They walked through what the Mormon Church teaches about same-sex attraction.
“We let her make that decision, not us,” Josh said pointedly. “I had nothing to do with … coercing her or anything.”
Heather remembers Savannah’s rationale. “I want to be a voice for those that might be positive,” she recalls Savannah saying. “I want them to know that I’m an ally. That they’re safe with me. I want them to know that it’s OK to be Mormon and be gay.” 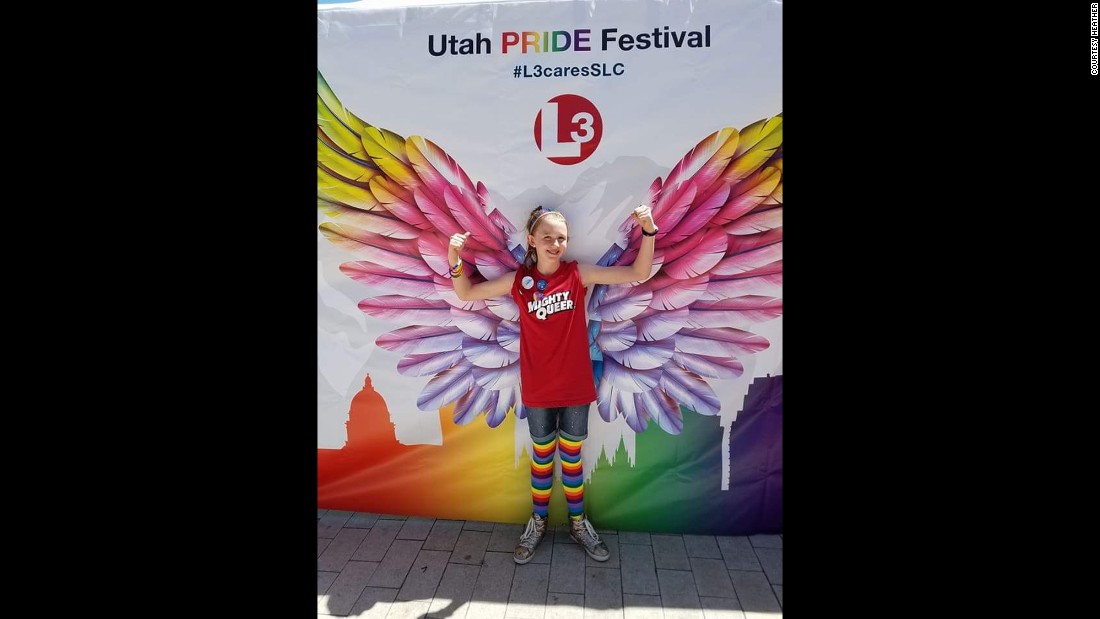 She also wanted to garner more respect for gays in her church, something she feels is lacking.
“We came to the conclusion it wasn’t our place; we couldn’t silence her,” said Heather. “It would be giving her a bigger message that she wasn’t allowed to speak or there was something wrong with her.”
So, Savannah went to work writing. Draft after draft, she began crafting her message.
She decided on giving testimony on Fast Sunday, which is traditionally when Mormons hold testimony meetings.
“It’s sort of what you believe in,” Savannah says of testimony. “It’s your spiritual talk.”
An emailed statement to CNN from the local bishop, Judd Law, said, “It is common for members of The Church of Jesus Christ of Latter-day Saints to stand before a congregation of families and share feelings and beliefs — a testimony — during a worship service.”
The day had arrived. Savannah put on a tie and battled her anxiety, making her way to the rostrum.
Friends of her’s began quietly recording videos as a “keepsake,” which they later gave to the family. The family then provided that unedited, raw video to CNN.
Edited versions of the video have since been published on social media; Savannah first told her story on an LGBT Mormon podcast, “I Like to Look for Rainbows.“ 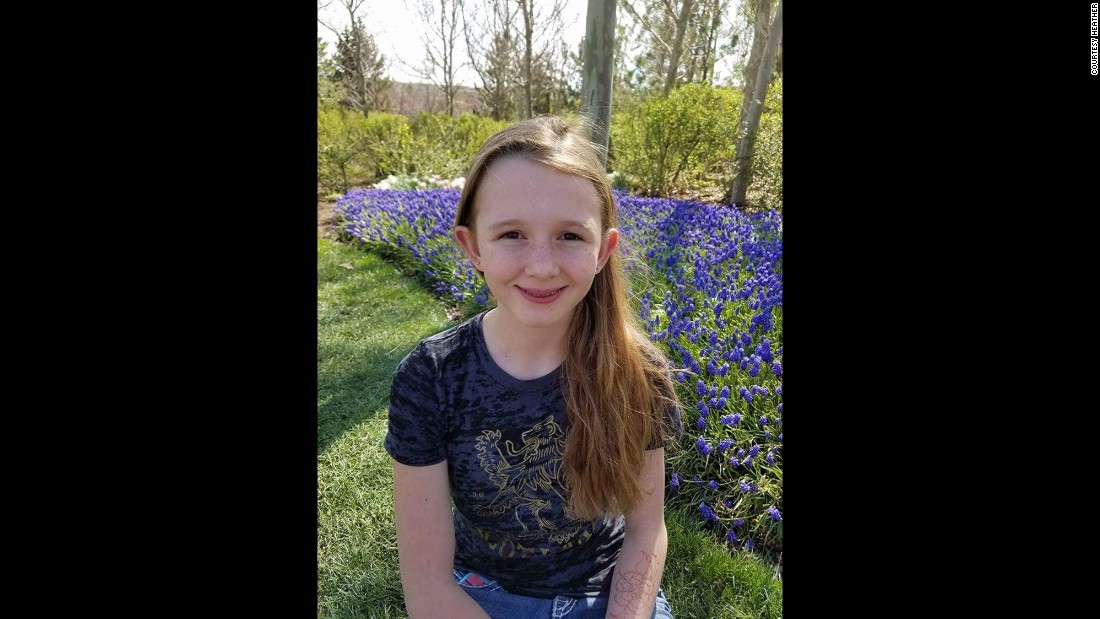 She began speaking. “Hi, my name is Savannah and I want to share my testimony with you.”
Her voice didn’t betray her nerves. Savannah read slowly, focused on getting her testimony out. She was scared to see people’s faces and their reaction to her testimony so she did not look up once to see their reactions.
Then Savannah said it; she came out as gay in front of her congregation.
“God loves me just this way, because he loves all his creations,” she said in the speech. “I do believe he made me this way on purpose.”
She didn’t stop with theology. Savannah wanted her congregation to know about her hopes and dreams, too.
For Savannah, even at 12, it’s simple. She wants to love herself and not feel shame for being who she is.
“I hope to find a partner and have a great job. I hope to get married and have a family,” she said. “I know these dreams and wishes are good and right. I know I can have all of these things as a lesbian and be happy.”
Shortly after that, the mic suddenly cut out. It’s unclear what exactly happened, but one of the church leaders leaned over and began speaking to Savannah.
“I thought it was broken at first. So, I turned around to talk to him,” she said. “And then he told me to sit down.”
Despite repeated requests to church headquarters and Law, the bishop, they did not explain why Savannah’s mic ceased to work.
On a Mormon Church website titled “Mormon and Gay,” it offers the following advice on Mormons who want to come out: “If you decide to share your experiences of feeling same-sex attraction or to openly identify as gay, you should be supported and treated with kindness and respect, both at home and in church.”
In the video, Savannah returns to her seat as murmured chatter continues around her. 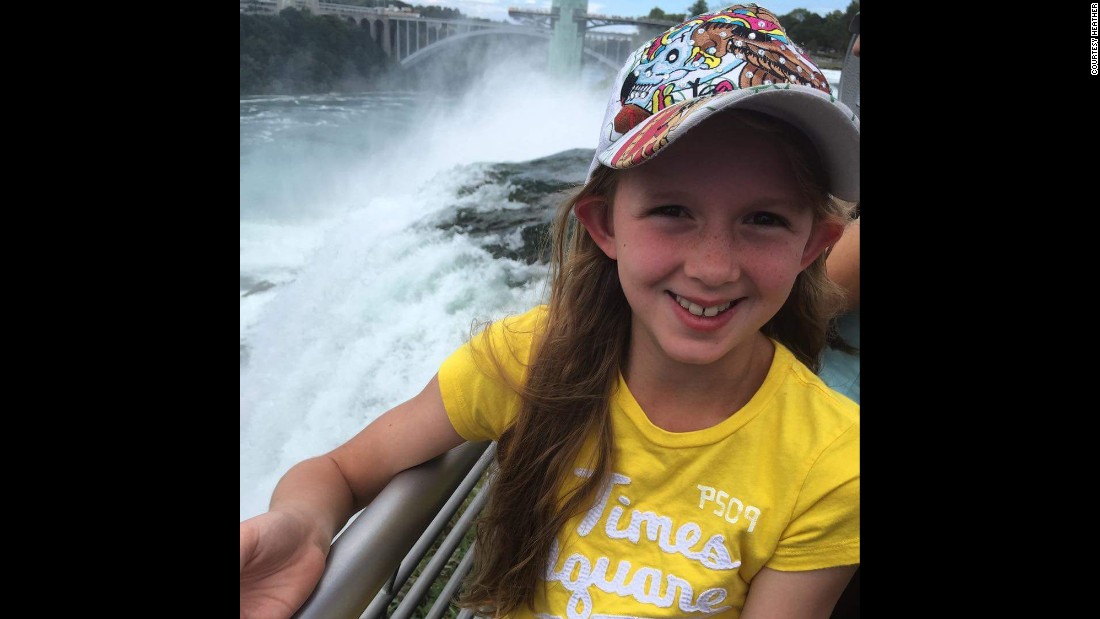 “I was telling her that she was perfect and beautiful,” says Heather.
A church leader stood up and made a small speech as Savannah was sitting down, in part saying, “I also want to recognize that we are all children of God. And that we are loved by our heavenly Father. And I have no doubt that heavenly Father has made us all unique in different ways. For that, I am grateful.”
In the emailed statement to CNN, Law took issue with the recorded video, saying it was unauthorized.
Additionally, he said that a “group of visitors jubilantly left the service. … Everyone is welcome and understands the standards of decorum and behavior if they decide to participate. It is unfortunate that this group of adults chose to violate them.”
Law said the video was being exploited for “political purposes.”
But Savannah’s parents don’t see it that way. They say they didn’t witness anyone being disruptive. They also say there was no “group” present.
“Savannah invited a few close friends as allies,” Heather tells CNN, responding to the statement from the local bishop. “There was no group.”
The family did leave shortly after. Heather says Savannah was distraught and crying.
Savannah says she was feeling a mixture of emotions. She was confused because she didn’t know what was going on, she was happy because she finally came out at church and “felt accepted.”
But she was sad because she couldn’t finish her speech.
Her parents, though, are proud. Josh responds, “absolutely,” when asked.
“She has more courage than I’ve ever seen in anybody,” Heather says. “To be able to share something so personal with everybody. That made my heart soar as a parent.”
“This incident has created some tender emotions, first and foremost for a brave young girl,” said Law in his emailed statement to CNN. “As a congregation, we continue to reach out, and do all that we can to make sure she knows that we love her and her family.”