Far from being the epitome of genteel propriety, her earliest fiction reveals an anarchic spirit with a disdain for authority to match any modern adolescent 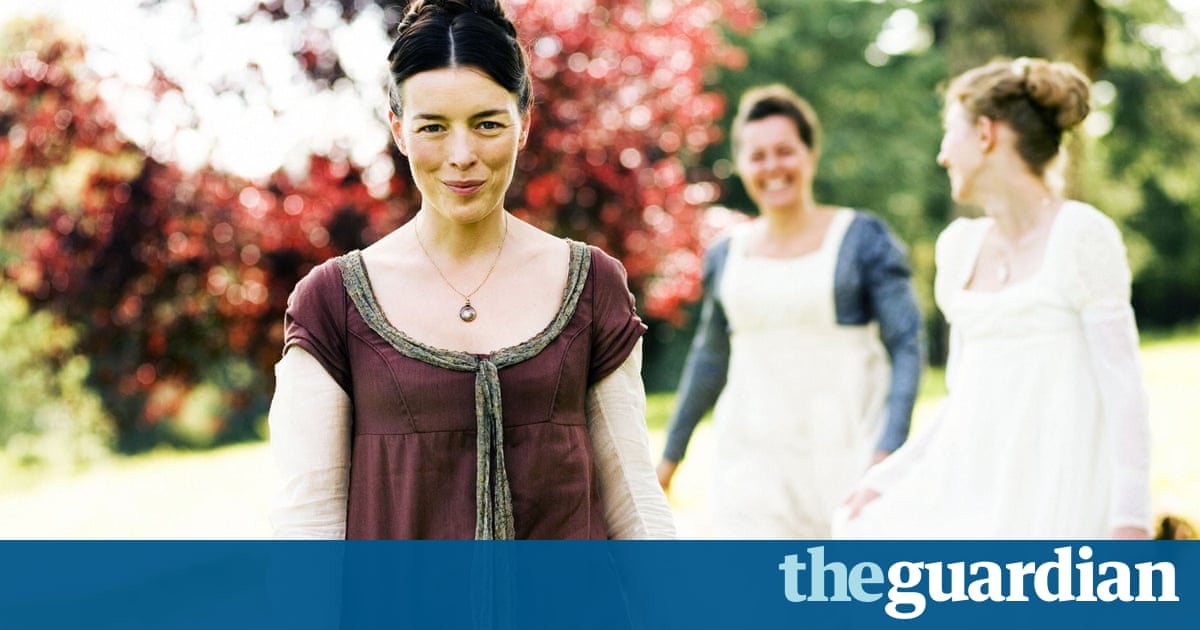 Teenagers had not yet been invented in the late 1780s, when the young Jane Austen began her authorial career. But the people she chose to write about in her earliest known fiction display all the classic traits of modern adolescents on the loose: showing off, binge drinking, stealing, violence, hysteria. There are intense friendships, wild love affairs and, not infrequently, utter contempt for the older generation.

Austens Victorian biographers preferred to date her career from the appearance of her first novel, Sense and Sensibility, when she was 35. They shaped the image of her as a cheerful, if pious and solitary, writer who penned her works quietly and covertly at home under the pseudonym A Lady.

But such an image is startlingly at odds with the riotous crime scene that is Austens teenage writing, produced to be enjoyed and performed by close family and friends. The early works remain to this day somewhat under the radar even of her biggest fans, partly because the first substantial collection did not appear in print until 1922, more than a century after her death.

You can see why they might have been an embarrassment to Austens family; at first glance, these tales have little in common with her elegant later fiction. One heroine, Anna Parker, coolly announces in a letter to her friend that, having murdered her father and mother: I am now going to murder my Sister. All the characters are essentially motiveless: they feast, kill, insult and charge across estates and countryside with seeming impunity, armed with a stock of blithe compliments and self-regard (which is, often, enough to get away with anything).

The young Jane did not entrust her secret crushes or private longings to a diary (as far as we know). Rather, her supremely confident early writings are directed outwards, narrating either an excess of action or the complete absence of it. We are told of the alcoholic hero of Jack and Alice, who doesnt appear in the story, that he never did anything worth mentioning. Another story announces, in passing, that tragedy is not worth reading. Theyre cartoonish and full of in-jokes; written by an author already anticipating the enjoyment of her friends and family.

There are many references to the pulp fiction that was then devoured by the whole Austen clan and most likely by the male teenage boarders living with them, pupils of the cash-strapped Reverend George Austen. The young Jane joyously adopted its extravagances, cliches and improbabilities, using names like Laurina, Polydore and Jezalinda (her adult fiction restricts itself to solidly English names like George, Emma and Anne). There are bold sentiments, such as: It is my greatest boast that I have incurred the Displeasure of my Father! There are lurching coincidences of plot: Oh Heavens, (exclaimed I) is it possible that I should so unexpectedly be surrounded by my nearest Relations and Connections? These frantic mini-novels reveal how Austen used the genre fiction of her day to train herself in the parts and rules of novel writing: do characters need to be believable? Do their actions need motives? How unhinged and random can action be and still make sense?

Schoolroom textbooks, another target, are dissected to expose the woeful limitations of education for girls at the time: a little geography, history and advice on household management. The spoof History of England, By a partial, prejudiced, & ignorant Historian is remarkable for its understanding of the notion that all history is interpreted, and written from bias of some kind. Austen was just 15 when she wrote the stories, following geographically ignorant characters on crazy journeys from Bedfordshire to Middlesex via south Wales. With their narcissistic disregard for moral codes, her characters reject the manuals of instruction that were the staple of girls education at the time. The young Jane was leading a battalion of unruly teenage girls in open contention with the models of the Georgian classroom.

Austen was a teenager in the same years that Mary Wollstonecraft was linking female education to the pressing need for political reform. In her 1792 story Kitty, or the Bower, the 16-year-old Jane wrote about social and sexual politics with a candour she would never again match. Kitty Peterson, her young heroine, could easily be mistaken for Wollstonecraft herself in full flow: But do you call it lucky, for a Girl of Genius & Feeling to be sent in quest of a Husband to Bengal, to be married there to a Man of whose Disposition she has no opportunity of judging till her Judgement is of no use to her, who may be a Tyrant, or a Fool or both for what she knows to the Contrary. Do you call that fortunate?

The clever, funny stories that make up the teenage writings are a dramatic counter to the disciplined, psychological realism that Austen developed in her adult fiction. But traces of their freakishness and wit survive: in Sense and Sensibility, when Elinor Dashwood requests a stiff drink in the face of her sister Mariannes hysterics (If you will give me leave, I will drink the wine myself); or in Elizabeth Bennets unladylike energy in Pride and Prejudice, crossing field after field at a quick pace, jumping over stiles and springing over puddles on her way to Netherfield Park. It is at such moments that the voice of a young troublemaker returns to make herself heard.